Today’s ride was jinxed from the start.  First we had a “game day reroute” due to sun issues (directly in the driver’s eyes) and no shoulder.  We rerouted and drove about 30 minutes away to a less traveled highway.  We knew we would have high cross and tail winds (but clear skies!) but the new highway registered far fewer cars and trucks so we were game. 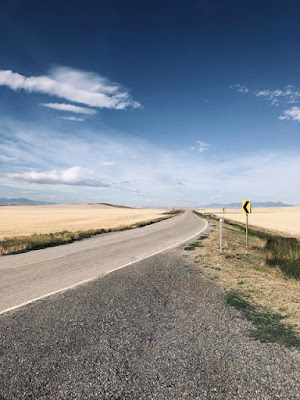 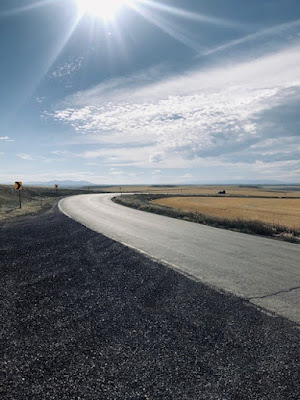 At about 1,000 feet into day 10, while I was changing into lower gears, my derailleur jumped the track and got caught in my rear spokes and disintegrated.  Joe was right behind me and yelled out, “Your derailleur just exploded and shredded your frame.”  Thankfully the bike’s frame was not shredded but the derailleur had ripped completely off the frame! 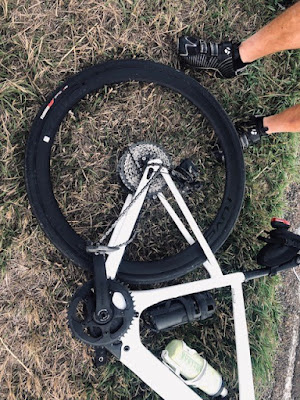 Not too undaunted, we stopped and I switched to the “back-up bike,” my 10 year old Specialized Pro Tarmac.  Needless to say however I was not in a great mood on the back up bike (RAA I finisher!!) in 25 mph cross and tail winds.

While driving, Scuba Steve (Miska) and at breaks Bob, set about calling bike shops nearby (none closer than three hours away in Billings, MT) after 30 miles we located two options that had either parts or similar bikes for purchase.  I was hoping that my new bike was salvageable.  Before traveling to Billings to look at our bike fix option, we completed 30 miles of wonderful riding on a wide open highway.  When the bike shop opened up we packed up and drove to Billings to meet up with the owner of the Spoke Shop, Dean and his crack technician, McKay.  At first McKay told us they could “overnight” the parts, a derailleur and hanger and have us up and running later on the 16th. 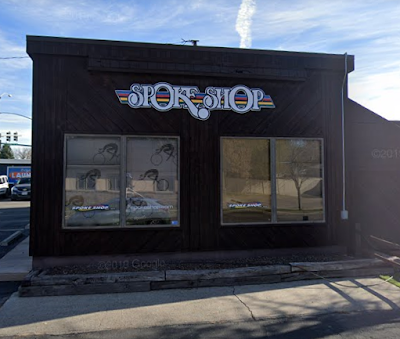 After Dean learned we were biking across the northern route, he let us know his personal bike was similar to ours and that he would take parts from his bike to fix mine.  (Makes me want to drive to the Spoke Shop in Billings for my next bike tune up!)  In three short hours McKay took the derailleur and hanger from Dean’s bike and rebuilt my rear wheel (12 shredded spokes) and had me back in the saddle.  As we were leaving the shop McKay asked, “So you guys are starting from here in the morning?”  “Nope, we are going back three hours to Lewistown …  McKay’s response, “Much respect you guys …”

We have experienced more “mechanicals” in RAA II than in RAA I but we have been blessed with two fantastic bike stores with experienced bike mechanics / staff – service still matters!